Things to Do in San Francisco 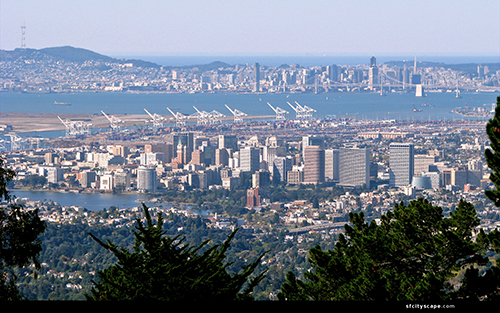 It’s not an accident that San Francisco, California, is one of the most visited cities in the world. A fantastically scenic location, classic architecture and a thriving community of artists, immigrants and cultural icons combine to make San Francisco a truly unique melting pot of ideas and people.

Located on a narrow spit of land between the San Francisco Bay and the Pacific Ocean, San Francisco has something to offer to anyone who decides to pay a visit, and we have a breakdown of some of the best areas and hotspots to start your trip. Discover how Transfercar’s free car and R.V. rental service  can help guide you to all the best things to do in San Francisco here.

San Francisco has a long and colorful history, and each stage has left its own mark on the city it has become. First founded as a Spanish church and army base in 1776, the city and the rest of California were claimed by the United States in the aftermath of the Spanish-American War in 1846, and none too soon; in 1849, gold was found in the Sierra Nevadas, and the gold rush was on!

The population grew by more than 50,000 in less than a year, and continued growing as immigrants, mostly Chinese, arrived to help build the first transcontinental railroads. Just as the city began to settle down, however, the earthquake and fire of 1906 leveled much of the city. But the people rebuilt, and over the next century saw the rise of the beatniks, the hippies, more earthquakes and the classic Golden Gate Bridge. Transfercar can take you to San Francisco from almost any major U.S. city.

Nestled around the foot of the iconic Golden Gate Bridge, this district occupies the northwest corner of the San Francisco peninsula and features some of the most popular attractions and upscale residential neighborhoods in the city, as well as hundreds of acres of relatively untouched natural landscape complete with hiking trails, beaches and historic buildings and architecture. 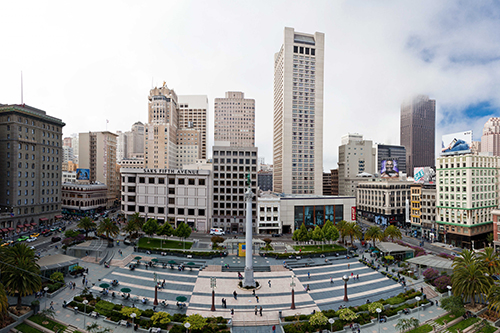 No San Francisco visit can be complete without a trip to Union Square. This district is one of the biggest shopping centers in the country and is home to world-class art galleries, theaters and more. More shopping opportunities can be found as one continues northwest into the Financial District, which is home to some of the world’s biggest companies and offers sightseers a mix of architecture dating back to the 1906 earthquake and beyond. And surrounding both are upscale hotels, restaurants and other attractions for every taste and budget.

These two distinct neighborhoods combine to offer an intriguing blend of cultures, cuisines and experiences. Chinatown is the largest community of Chinese immigrants in the world, and this bustling enclave is steeped in years of history and lore. Just a few blocks away, the North Beach region offers a completely different dynamic, with sidewalk cafes and wall frescos straight out of the Old World. Known to the natives as Little Italy, North Beach has long been a beloved center for art and culture, from the 1950s Beatniks to Francis Ford Coppola. 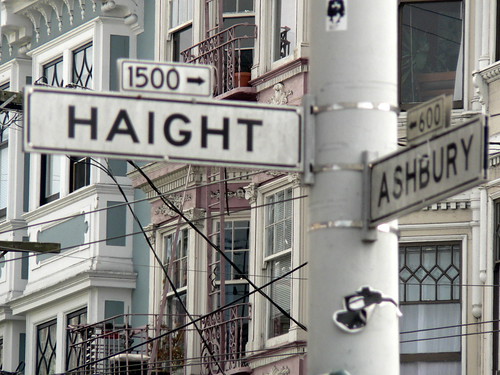 One can’t talk about the history of San Francisco activities without mentioning the hippie movement of the 1960s, and the heart of this movement is the Haight neighborhood. Pronounced “hate” and divided into the complementary districts of Haight-Ashbury and Haight-Filmore, Haight is known worldwide as the home of the counterculture movement and for the art, ideology and music that it produced. Drawing from the culture of black families moved by urban renewal policies and white college students dislocated by the Vietnam War draft, Haight remains a center of hippie culture and tourism 50 years later, and the walking tours of the neighborhood are one of the top things to do in San Francisco.

These neighborhoods are some of the most popular San Francisco attractions, but by no means are they all the city has to offer. From the museums of SoMa to the cable cars of Nob Hill and Russian Hill, there are plenty of San Francisco tourist spots for the whole family.

Whether you’re visiting to ride the trolleys, explore the architecture and arts scene, or just immerse yourself in a blend of cultures and experiences like none other, you’ll not leave disappointed. For more information on planning your San Francisco vacation visit Transfercar.